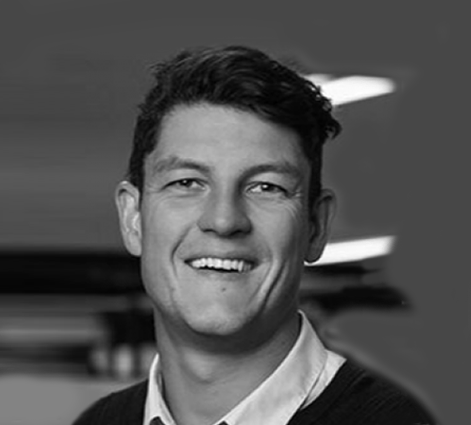 After 7 years spent as a largely unfulfilled desk jockey in a couple of Engineering firms in the UK, I became disillusioned with the daily grind, spent more and more time at the pub, getting into fights, chatting up women, but mostly struggling to come to terms with working for the next 40 years without finding a real purpose to what I was doing.

Luckily at that time I had sport, firstly basketball and then later Australian Rules Football, to channel some energy towards. After meeting some good Aussie blokes who told stories of golden beaches, beers the size of your arm and betting shops actually inside the pub…. I decided to move to Melbourne in 2011 to chase the dream of being a professional footy player.

I’ve always had a passion for coaching and leadership, having been the captain of the England AFL team for 4 years (yep, you read that right… England has an AFL team!) I also coached men’s and women’s University Basketball back home in Newcastle, UK, and have captained my local footy club in Melbourne for the past 7 years, as well as mentoring the club’s next generation of young, aspiring athletes as part of our Emerging Leaders program.

After supporting a few mates through serious mental health issues, and the tragic loss of a teammate to suicide, I discovered a strong passion for supporting lads who feel unfulfilled, frustrated, or unhappy in life, and giving them a chance to develop the skills not taught to us anywhere growing up, which allow them, and subsequently the people closest to them, to have happier, healthier and more rewarding lives!

In recent years I’ve volunteered with MIND to support sufferers of serious mental illness in a 1 on 1 buddy program, and also became certified as a Mental Health First Aider.

After I discovered the Quality Mind program online, it helped take my life from ‘meh, just doing ok’ to unmatched levels of excitement, energy, and positivity every day! QM helped me change the way I speak to myself, which lifted a huge burden of negativity from my life. The new found freedom and room for positivity has given me greater focus and drive to create the life I want.

If you know that it’s time to make a change in your life, or perhaps you’re clear on your goals but feel like you’re just not getting there quickly enough, Quality Mind will get you there, and I’d love to mentor you along the journey.

Sign Up Now To Stay Updated On All Things Quality Mind